X We notice you are using an ad blocker. We do respect your privacy but ad blockers are known to break our sites.
For best results, please consider whitelisting this site or disabling your ad blocker while you are visting with us.

Register for the Get Off Your Sugar Summit today for instant access to this expert talk!

Having trouble viewing this video?

What you'll learn from this expert talk:

David Wolfe is a rising author, lecturer, and personality in the fields of natural health, beauty, and nutrition. Wolfe was among the first to bring superfoods such as raw and organic cacao (chocolate) beans/nibs, butter, and powder, goji berries, maca extract, and cold-pressed coconut oil into general distribution in North America.

The author of bestselling North Atlantic titles on raw food and healthy lifestyles, Wolfe has given over 1,500 health lectures and seminars worldwide and hosts at least six health, fitness, and adventure retreats each year at various centers around the world. Wolfe is the son of two medical doctors and holds degrees in law, mechanical and environmental engineering, and political science, as well as a master's in living-food nutrition.

In keeping with his commitment to a sustainable planet and lifestyle, Wolfe is the founder of the non-profit Fruit Tree Planting Foundation, whose goal is to plant 18 billion fruit trees on planet Earth.

David is a health coach to Hollywood producers and celebrities as well as some of the world's leading business people and entrepreneurs. In 2004, Wolfe starred as "Avocado" in the reality television show Mad Mad House, which aired on the Science Fiction Channel, and since that time he has become an underground celebrity with inspired and informative clips on YouTube. 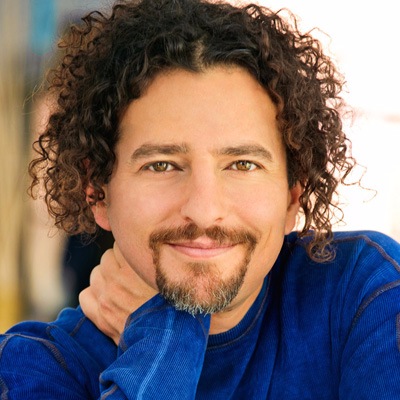 Our sale prices end in:

Own All Talks Now!

More from our Experts

!!! If you DO NOT receive an email receipt (and/or text) with a ticket number within a few minutes, your ticket WAS NOT submitted properly. Check the spelling of your email address and try again. We typically reply within 24 hours. Thanks!